Ignore the small sale, miss the big one – the importance of customer service 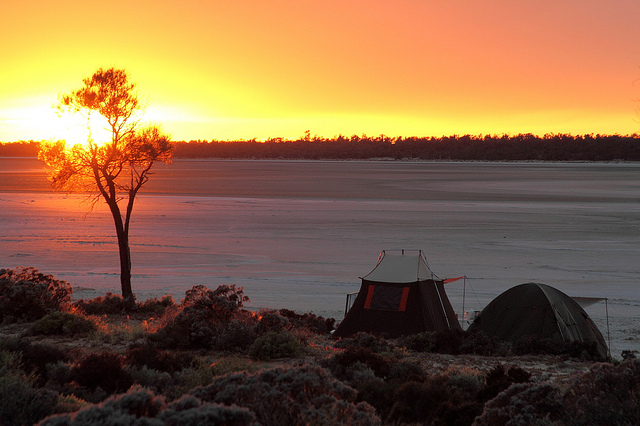 Ok, I know it is sales 1.01, but the importance of great customer service is a message that we can never hear too many times, and it was resoundingly brought home to me as I planned a camping trip…

We’ve recently discovered the joy of family camping holidays – despite the kids’ incredulity that we could even consider a holiday without electricity, wifi and flushing toilets (we’ve decided to go for broke and get them used to real basic camping before we enlighten them that there are sites with power and showers), they grudgingly now admit that they love a few days of surfing, fishing, toasting marshmallows and not washing.

Checking the equipment a few weeks before a trip, I realised that one of our tent poles was broken, so I called the manufacturer, who gave me a list of their retail distributors.

“We’ll call you back”

I started with the retailer who had the store nearest to my home. The staff member was a bit vague didn’t exactly fill me with confidence about getting the part in time. I explained that my trip was in 3 weeks’ and asked if they could let me know if it wasn’t possible to get the part in that timeframe, so that I could try elsewhere. No call back for a week. Two weeks to deadline, getting nervous, I called the store again. Someone different promised to ‘look at the paperwork’ and call me back the same afternoon. No call back – I was starting to see a pattern here. I gave them a third chance and when I called the next day, was told ‘the lady who runs the tent department isn’t in until tomorrow’. Aren’t you a camping and outdoor store, and don’t you have more than one person who knows about tents? Time to move on.

Widening the geographic radius, I went to the next nearest store. Retailer 2’s response (complete with sucking of air over teeth) was ‘Oooh, it’s very hard to get parts for tents, it would probably take 6 or 7 weeks’. The only consolation was that at least he didn’t even waste my time by trying to sound helpful.

On to Ray’s Outdoors, where the helpful Felicity was true to her commitment to call the supplier and then ring me back within the hour. Good news, they had the part in stock, it would be despatched the next day and in the store two days after that. Hoorah, my trip was saved.

I went to the store, collected my part and guess what – also bought some of the other camping equipment that we needed. So the $50 part sale turned into a several hundred dollar sale.   More than that, we had borrowed quite a bit of stuff for that trip, but it was so successful that we’ve since done another two, with plans for more, and each time we buy a little more of our own equipment.  And guess where we buy it?